It’s no longer news David Beckham ended his playing career in the past week. Some of you must have been shocked and quite frankly the dude to me retired the moment he left Manchester United in 2003. Beef abi? Nah I just think he played his best football whilst playing for United. I was going to do a piece on Sir Alex Ferguson, Paul Scholes and David Beckham (A 3 in 1 piece) and title it the 3 wise men but Big Yomz was having none of that. David Beckham was and still is his best Manchester United player ever. I thought about it for a while before deciding to write this besides I had already written a post on Sir Alex when he announced his retirement (https://theswizzmemoirs.wordpress.com/2013/05/08/a-legend-bows-out) and I did one on Scholes when he first retired in 2011 (access via http://tooxclusive.com/2011/06/21/diary-of-a-man-united-fan-paul-scholes) so will have to wait a year before I write another piece on him should he change his mind and return to play again.

Born David Robert Joseph Beckham on the 2nd day of May, 1975 in London to parents who are staunch Manchester United fans (they always travelled to Manchester to watch the team too). David played at Totenham Hotspurs for two years before signing a school boy contract with Manchester United on his 14th birthday. In 1992 he won the FA Youth cup with Manchester United alongside other United greats; Ryan Giggs, Nicky Butt and Gary Neville. He made his senior team debut that same year against Brighton and Hove Albion in a league cup game and signed his first professional contract afterwards. He joined the senior team set up in 1994 and scored in his Champions league debut December that year in the 4-0 home drubbing of Galatasaray though United didn’t make it out of the group stage.

He made his premier league debut in April 1995 and made three other appearances that season. United finished 2nd behind Blackburn that same season. Beckham played on the right side of midfield and later established himself as a right winger in his later years with the Red Devils. He became a United regular and won trophies almost every season with Man Utd. David Beckham was a great passer of the ball, a free kick specialist and an unusual goal scorer and with no disrespect to Paul Scholes, if Beckham didn’t leave the Red Devils in 2003 we wouldn’t really have known Scholes could pass the ball so well. Scholes was no doubt a great scoring midfielder just like Frank Lampard but his passing wasn’t a strong point of his because Beckham bossed our games (Sure you know I am a Man Utd fan hence the term ‘our’) with tailored made passes. Beckham was part of the treble winning team of 1999 and his corner kicks at the dearth of the game led to goals that won the Champions league for Manchester United that year. Beckham won the EPL 6 times, the FA Cup twice, the Community shield 4 times, the Champions league, Intercontinental cup and FA Youth cup once with the Red Devils.

Beckham’s departure proved a big part of the team was missing. United went three years without winning the EPL and only managed to win the FA cup in 2004. The emergence of Ronaldo who replaced Beckham and Wayne Rooney restored the glory days for the Red Devils creating a different style of play for the team. David Beckham joined the Galacticos of Real Madrid playing with great players like Zinedine Zidane, Luis Figo, Ronaldo De Lima etc but they didn’t win any titles until his final season where they won the La Liga title allowing him sign off in style. He joined LA Galaxy in 2007 and in his little way made soccer (that’s what football is called in that part of the world) popular in the U.S.A. He won the Major League Soccer (MLS) cup in 2011 and also in his final season (2012) leaving on a high. While at Galaxy he went on loan to A.C Milan (2009 and 2010) to keep fit because the MLS calendar is different from Europe’s. He trained with Arsenal in 2012 and Arsene Wenger stated they were close to signing him but cited the club couldn’t afford to pay him.He signed for Paris Saint Germaine (PSG) of France in a 5 month deal. He offered to give his salary while at PSG to a local charity in Paris.

Beckham won the league in France with PSG making him the 1st British player to win top flight trophies with 4 different teams in two continents. Few days after winning the title with PSG he announced his retirement. He was made to captain the PSG team in their final home game of the season against Brest. He played for 80 minutes and he came off in tears to a standing ovation from the fans. He is the highest paid person in football at the moment with endorsements signed with Adidas, Police, EA Sports to mention a few. He was made an Officer of the Order of the British Empire (O.B.E) by Queen Elizabeth II in 2003. He won loads of winners’ medals and he is 3rd in the Premier League’s all-time assist provider chart, with 152 assists in 265 games. He was capped 115 times for England playing in 3 world cups and 3 Euro cups. He is also the only English player to score at 3 world cups. He married his crush Victoria Adams in 1999 after United won the Champions league. They have 4 kids (Brooklyn, Romeo, Cruz and Harper) together. He made appearances in movies like Bend it like Beckham and The Goal trilogy. He is currently being studied as a Bachelor’s degree programme at the Stanford University in the UK.

All the best Messr Beckham, football will miss you but the world of entertainment and fashion would surely be glad you will have time for them. He was my best player between 1999 and 2002 and truth be told he is an icon and a role model.

Thanks for reading, please drop your comments and share with your friends. Do have a blessed week. 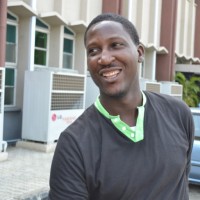 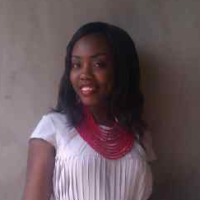 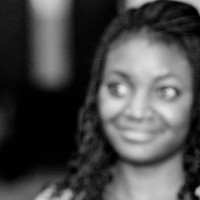 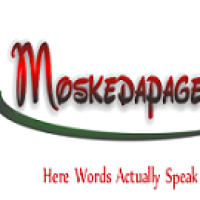 For The Love of Words

Its time to create wealth

What Tolu Wrote
The Red Confidential

Living, learning, laughing and loving it!

The ad-vent-u-re-s of a very dramatic Yoruba slay queen.

In reading, you will see...it's imagination

Sharing my thoughts and opinion on love, relationships and life

Worship and Swag
Mother Of The Unborn Poets...

SHE BIRTH TRUTH LIFE AND POETRY

Smile! You’re at the best WordPress.com site ever

Stories from the heart......The authors reserve rights to the posts on this blog. Please do not COPY